Marmite fans in South Africa have been wondering what happened to their favourite spread as it slowly disappeared off shelves during lockdown.

All for Women chatted to the manufacturers to find out why Marmite has ‘disappeared’ from the supermarket shelves.

First manufactured in 1902 by the UK Unilever, the spread was bought over by Pioneer Foods in around 2005. The manufacturer also bought Bovril at around the same time.

“The last few months have been tough at our Marmite factory because we were unable to procure any supply of spent yeast – a key ingredient – during the lockdown period,” says Mandy Murphy,  Managing Executive,  Foods Portfolio at Pioneer Foods.

“This is because two of our key suppliers of yeast in South Africa, AB-Inbev and Heineken were not permitted to operate.”

The manufacturer decided to prioritise the production of Bovril during the lockdown period as it requires far less yeast to produce. According to Murphy, yeast cannot be stockpiled as it is a live product.

When will Marmite return to the shelves?

Now that the booze ban has been lifted, breweries have started up again. However, it took about two weeks to build up a sufficient stock of spent yeast that could be used for Marmite and Bovril, according to Murphy.

“The Marmite machines are once again operational. Production started on both the 25g (two  weeks ago)  and the 250g (last week), so it is filtering back into trade,” assures Murphy. 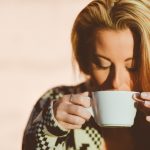