Tex-Mex is a southwest American and Texan cuisine that’s derived from the gastronomic creations of the Tejano people, featuring originally characteristic foods of the border regions of both Texas and Mexico. Many of the spices and cooking techniques that Mexicans brought to Texas influenced the way foods were created, with one of the most prominent including heavy use of garlic and cumin, much more than what you’d find in a traditional Mexican dish.

While the cuisine can be traced all the way back to the 16th-century when Spanish immigrants started settling in what is now Texas and Mexico, it’s been a vital part of Houston’s culinary scene for well over a century. It took off in the 1800s when street vendors began tweaking Mexican foods to please the palates of Americans.

Food historians say the first Tex-Mex place to open in Houston was the Original Mexican Restaurant, opening n 1907, although Molina’s Cantina is recognized by many as the oldest Tex-Mex eatery here, founded in 1941. Most of the early Tex-Mex restaurants are gone today, but not all, with plenty to choose from when it comes to places that get it right.

There’s something delicious to enjoy at each of these institutions, whether you’re visiting or have moved into one of the houses for rent in Houston, TX.

The Original Ninfa’s on Navigation

An iconic spot in Houston, Maria “Nifna” Laurenzo first opened this taco shop in 1973 as a widow trying to feed her five children. While she started it simply to earn some extra cash, it became a culinary empire of Tex-Mex.

Her inspiration came from her mother, who was Mexican, and her travels to Mexico City. But the food also had some Italian influence as her late husband was an Italian American, adding parmesan, olive oil, and mozzarella to the typical Mexican ingredients. Today you might find everything from torta sandwiches to fajita burgers that can be enjoyed alongside margaritas that are frequently found on “best of” lists.

A pioneer in Tex-Mex, as mentioned, Molina’s is the oldest still operating restaurant of its kind in the city, opened in 1941. A must-try for any lover of the cuisine, many of its original recipes are still on the menu.

Early dishes included spaghetti with chili con carne, better known around the country as Cincinnati chili. The same chili con carne continues to be made using the same recipe, still served with crackers as it was back in the ’40s, or over cheese enchiladas.

Another Tex-Mex eatery with a long history, El Patio first opened in 1961. It’s still marked by its 1960s neon-lit sign and offers plenty of throwback allure, like the Chile con Queso recipe that was originally created by the Felix Mexican Restaurant which it saved after Felix’s shuttered its doors. You’ll find plenty of other classics like the fried egg-topped Sunrise Enchiladas.

Gringo’s has managed to stand the test of time, although it’s newer than the others, serving Tex-Mex since 1993. There are multiple locations today but none are likely to disappoint with items like pulled pork enchiladas, grilled chicken and top-grade skirt steak fajitas, and grilled chicken breasts smothered with melted cheese and sauteed onions. Plus, you’ll get free ice cream too.

Here for more than 50 years, this Tex-Mex staple originally opened on San Felipe but has multiple locations today. It claims to be the first to introduce frozen margaritas to Houston and gets rave reviews for its tasty, generously-sized portions, service, and atmosphere, with indoor and outdoor seating. 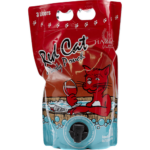 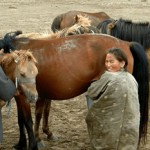