The beer and cocktail worlds tend to orbit in separate universes, rarely meeting outside of a summer-day Shandy or hangover-inspired Michelada. But beer syrups, flavorful syrups made from beer and sugar as in simple syrup, are making a case for those worlds colliding.

Beer syrup is essentially a simple syrup made with beer instead of water—so they’re a low-alcohol product.

Ali Adkins, the beverage director at James-Beard nominated The Stanley in Charlotte, North Carolina, agrees that beer syrups can provide a bridge between worlds. “They’re a great way to get a beer drinker to venture into the world of craft cocktails,” she says.

Tart sours, hoppy IPAs and easy lagers can all be whipped into a range of syrups. “Beer syrups are great for adding a big pop of beer flavor in small doses and in drinks that you don’t necessarily want to be a tall drink full of bubbles—think Daiquiris or even Old Fashioneds,” says Ivy Mix, the co-founder of Speed Rack and the co-owner of Leyenda in Brooklyn, New York.

As Anthony Escalante, the bar manager at Wrigley Mansion in Phoenix, says, “You’re able to utilize the very specific flavors in different styles of beers to complement a cocktail. This can really set your drinks apart in terms of complexity.”

Mix finds that beer syrups are also a great way to reduce waste. “In bars, I’ve liked making beer syrups from when we change a keg, and at the beginning and end, we have a little waste that’s either a little old and flat or over-bubbly,” she says. “But popping open a bottle or can works just as well.”

The world of beer is diverse. So which brew is best? Any and every, according to these bartenders—it’s all about personal preference.

“I enjoy using super-flavorful beers in my syrup,” says Mix, listing off IPAs, sours and tropical goses as favorites. On the other hand, Adkins prefers porters, stouts and sours. “I feel like IPAs can be a little overwhelming,” she says. Her go-to recipe for a beer-based syrup calls for combining two cans of double chocolate stout with a half cup of raw sugar, a teaspoon of cherry extract and half a teaspoon of vanilla extract, rendering a rich and decadent drink. 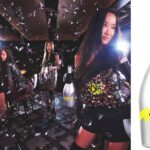 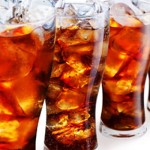