Hockey stars Milan Lucic and Nathan Horton used to share a locker, but not at TD Garden.

At Morton’s The Steakhouse.

That’s because the former Boston Bruins are among a small but growing cohort of elite Massachusetts diners who’ve acquired private wine lockers in upscale restaurants.

At Morton’s in the Seaport District, one locker eerily bears the name of a late Mafia boss: “Gennaro Angiulo.” (Citing privacy concerns, Morton’s spokespeople declined to comment on specific patrons.)

Wine lockers — which can cost hundreds of dollars per year to rent, unless you’re invited to have one, as some VIPs are — are more than just fancy cabinets where special guests keep a private stash of vino. 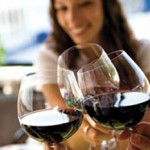