If you have celiac disease or are severely intolerant to gluten, it’s likely you already know the answer to this common question. You’ve been avoiding certain types of alcoholic beverages for years, carefully keeping track of the best gluten-free beers and beverages. But if you’re someone dabbling in an elimination diet or are only slightly intolerant, you might not know whether your favourite alcoholic beverages are hiding the protein.

While most people are aware that beer is gluten-contaminated, many don’t know that some distilled spirits could also pose a danger.

Depending on the brand you choose, vodka may be one of them. The clear spirit is often made using glutinous grains such as wheat, barley, or rye. However, there is a growing trend toward vodka that’s made entirely gluten-free, often from specialty brands that make different versions of vodka by fermenting and distilling grapes, potatoes, or other miscellaneous foods.

Even some of these vodkas made from other foods might not be safe for those who can’t eat gluten. Some are made in facilities that also produce vodka that is not gluten-free, resulting in cross-contamination. However, these best gluten-free vodka brands should be safe for even the most gluten-intolerant. 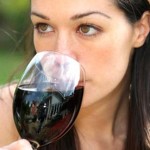