The great mystery of what may go down in wine annals as the crime of the century – the destruction of the equivalent of 80 000 bottles of choice Brunello di Montalcino – may have been solved.

Italian police have named a disgruntled former employee of the exclusive Soldera label at the Case Basse vineyard and estate in Tuscany as the suspected cantina culprit who dumped tens of thousands of litres of fine wine down the drain.

Police in the small Tuscan town which lends its name to the wine said 39-year old Andrea di Gisi broke into the Soldera family estate in the night between December 2 and 3.

He is accused of opening the taps of 10 huge barrels containing of the produce of the last six years and literally letting the wine pour down the drain.

Since a bottle of Soldera starts about 110 euros ($140) and the bottles are numbered as if they were gold bars, the act of vandalism travelled around the world wine community like news of an untimely frost or an unknown pestilence.

The damage done to the 23-hectare (56-acre) estate that uses Sangiovese Grosso vines to produce the famous wine, was estimated to be more than $6 million euros ($7.93 million).

Until di Gisi’s arrest, it was a vintage whodunit worthy of the new genre of food mystery novels such as “Murder Uncorked” by Michele Stott and “The Merlot Murders,” by Ellen Crosby. 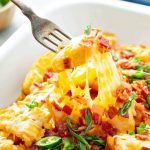 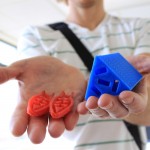 3D Print Your Own Wine Aerator