The craft drink comes in a 330ml can decorated with the brand’s signature black, with touches of lemon yellow.

The history of the cocktail dates back to 1980, when Tennessee restaurateur Tony Mason invented the refreshing drink to attract more customers. Success duly followed and with it, came the attention of interested Jack Daniels reps, who then used the drink for a nationwide marketing campaign without Mason’s permission.

What happened next is beautifully clichéd and overwhelmingly American to say the least. Without a word of recognition, or a cent of compensation, Mason sued the global corporation for $13 million and of course never received anything. It’s the sad story of a creative American battler.

Jack Daniel’s Lynchburg Lemonade goes on sale in the UK in April. 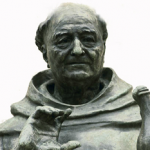