Tennessee whiskey producer Jack Daniel’s has launched a line of canned cocktails that require no prep and are so easy to enjoy.

Ready to drink cocktails are said to be one of the biggest alcohol trends in 2020, with more and more consumers enjoying their favourite tipple at home while under quarantine.

Jack Daniel’s canned cocktails come in three flavors. There’s a classic whiskey and cola option, a whiskey and seltzer option for something a little lighter, and a whiskey, honey, and lemonade can for a sweeter beverage.

Jack Daniel’s cocktail cans are available in 16 selected states across the US. 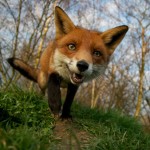 So, what sort of wine goes best with fox?