Beauty-mogul-slash-longtime-actress Jessica Alba admitted in a recent interview she uses tequila to cope with filming uncomfortable sex scenes. During a sit down with The Skinny Confidential HIM & HER podcast, Jessica spoke on why it’s not as easy to shoot intimate moments as one might think…even though her husband can’t imagine otherwise.

Jessica appeared on the podcast with said husband (Cash Warren, a veteran film producer). As she was explaining how it’s helpful to be married to someone in the business—”He understands what it takes to do it. I’m working 16 hours a day, it’s pretty intense,” she said, according to PEOPLE)—the conversation segued into sex scenes:

Enter: tequila. “I do have to [take a shot],” Jessica answered. “I’m gonna say I’m unprofessional, 100 percent. Because I feel like really good entertainment people don’t have to do that.” 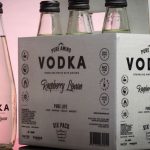