‘All of Me’ hitmaker John Legend has joked his wife Chrissy Teigen was the ”most drunk” person at Kim Kardashian and Kanye West’s wedding in May, but admitted ”there was a healthy competition”.

John Legend says his wife was the ”most drunk” at Kim Kardashian and Kanye West’s wedding.

The 35-year-old singer and his partner Chrissy Teigen were both at the star couple’s huge wedding in May, and while the booze was flowing at the bash, he admitted his wife was ”right up there”.

He told the Daily Mirror newspaper: ”The most drunk? Well, Chrissy was right but there, but I think that there was a lot of alcohol going around so there was a healthy competition.”

Meanwhile, the ‘All of Me’ star also revealed he performed at the couple’s extravagant wedding for free, and explained he was meant just play the hit single but ended up doing a much longer set after people kept asking for more. 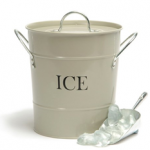