Jose Cuervo plans to introduce biodegradable straws made from agave fibers left over after tequila-making. In 2020, millions of these straws will be rolled out at bars, restaurants and events across North America as a new way to sip margaritas and the like.

The creation is part of the duly named Agave Project, which aims to celebrate this storied Mexican ingredient and find more ways to use it. Through the project, in-house innovators and conservationists have created a guitar, surfboard and even car parts using upcycled agave fibers.

A sustainable alternative to plastic straws

Compared to paper and metal straws, the agave-based product has a mouthfeel that’s similar to a traditional straw. And it won’t dissolve in your drink as paper straws tend to do. Still, the agave straws decompose up to 200 times faster than their plastic counterparts and can fully biodegrade within five years in landfill conditions, according to Jose Cuervo.

The biodegradable straws also utilize more of the agave plant than just what is needed to produce tequila, taking better advantage of a plant that takes about six years to mature before being harvested. The tequila-making process generates thousands of tons of pulp, which distillers can recycle as fuel or compost. With this new process, the company can also upcycle the fibrous pulp into straws.

Furthermore, biodegradable plastic alternatives like these reduce air pollution and save energy by minimizing dependence on petroleum-based polymers. When plastic is produced, it emits toxins like benzene, xylene, carbon monoxide, ozone, particulate matter, and many other fumes that pollute the air and lungs. And the oil extraction and fossil fuel refinement needed to make plastic release their own toxic gases and carcinogenic vapors into the environment. The production of agave straws, however, doesn’t require harsh chemicals or oils, reducing pollution and improving efficiency. 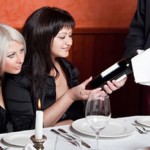 Why I Won’t Eat at These Top Restaurants Again