Kanonkop Estate in Stellenbosch reaffirmed its position as a global wine icon by being awarded the trophy for Red Wine Producer of the Year at this year’s International Wine and Spirits Competition (IWSC), the world’s leading wine and spirits competition. Ten of the Kanonkop wines entered for this year’s IWSC were awarded medals by the team of international judges who scrutinised some 12 000 wines entered by producers from around the world.

Johann Krige, co-proprietor of Kanonkop who was at the awards gala-dinner in London in his capacity as IWSC President for 2022, said that receiving the trophy for Red Wine Producer of the Year took him by total surprise.

“My focus for the evening was preparing and delivering the official address in my capacity as IWSC President for this year,” says Krige. “I had almost forgotten that we were also in the running, so during the evening’s frenetic activities it came as a huge surprise to be named Red Wine Producer of the Year in an annual competition that attracts entries from the finest wine producers in the world.”

Krige said this year’s award is of special significance as it underscores Kanonkop’s consistency in its history of accolades received at the IWSC.

“We have a long relationship with this major international wine competition, including winning the coveted trophy for Best Winemaker four times,” says Krige. “Red Wine Producer of the Year adds to this consistent showing at the event, and proves that Kanonkop remains perennially true to its aim of making great red wine from a farm blessed with the terroir allowing us to offer individually recognisable wines of excellence and site-specific class and identity.”

Situated on the Simonsberg outside the town of Stellenbosch, Kanonkop’s 95ha under vines are set on ancient decomposed granite soils with micro-climatic influences from the Atlantic Ocean to the north-west as well as from the south-easterly regions. Kanonkop released its first estate label in 1973 and has been in the Krige family since 1929 when Paul Sauer, grand-father to Johann and his brother and co-owner Paul, inherited the land from his mother.

“Throughout our history Kanonkop has remained committed to traditional winemaking, including manual punch-downs and maturation in small oak casks,” says Johann. “When you manage your vineyards allowing for the optimal influence of soil, climate and aspect, this commitment to pure, conventional and unadulterated winemaking offers the finest expression of our farm. It is a true honour to accept the trophy for Best Red Wine Producer on behalf of our teams in the cellar and the vineyard, as well as on behalf of the South African wine industry, the reputation of which is growing across the world as a leading producer of quality wines.”

Krige also lauded the IWSC’s role in Kanonkop’s success. “The astounding image and professionalism of this competition is known throughout the world of wine,” he says. “The accolades Kanonkop has over the years been privileged to obtain at this event played a major part in creating an awareness of our brand and wine quality to the international wine community.” 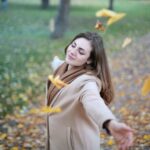 3 Relaxation Techniques to Recharge Your Body and Mind 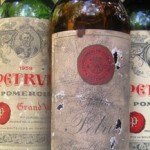 Wine Branding – how did the Old World do it?