If you know anything about vodka production, you’ve probably heard it can be made from potatoes. It seems giant chip manufacturer, Lays, only figured this out recent. Late last year, the company announced that they are releasing a vodka made in part with the same potatoes used for their potato chips. Genius move, don’t you think?

Created in partnership with Portland, Oregon’s Eastside Distilling, Lay’s Vodka is made with a blend of Portland Potato Vodka and vodka distilled from Lay’s proprietary potatoes. Lay’s chips are made with a variety of potato developed in-house by Frito-Lay food scientists.

Foregoing the temptation to create a BBQ or Sour Cream & Onion vodka, Lay’s has kept it simple, opting for a straight 80-proof vodka with a “crisp, clean finish.”

The vodka went on sale on mid-December 2020 and the 1300 individually numbered bottles of Lays Vodka sold out within minutes.

“For decades, Lay’s has created joy through iconic chips and delicious flavors,” the company stated. “Now, just in time for holiday festivities, the iconic potato chip brand is transforming its signature, proprietary potatoes into a one-of-a-kind vodka.”

We can only assume it pairs well with potato chips… 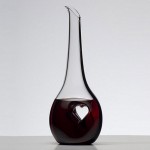