Airag more often known by its Turkish name Kumis is alcohol in its own category being fermented from milk as opposed to either fruit or grain. It’s an extremely popular beverage among the nomadic people living on the plains of Central Asia. Described by Herodotus in the 5th century BC, Kumis, just like Chicha, is very old.

To make this unusual dairy product, mare milk is fermented for hours or days, while stirred so it doesn’t coagulate. Traditionally, the mare’s milk was kept in horsehide, tied to the saddle and bounced around for a day’s ride. Nowadays it is made in wooden vats and, because mare milk is scarce, industrial producers use cow milk with added sucrose. Kumis is not a very potent drink, containing between 0.7 and 2.5% alcohol.

Kumis essentially fermented mare’s milk with an alcoholic level equal to hard cider. Served cold or chilled it has a sour taste with an after bite from the alcohol and is consumed all over central Asia in one form or another. 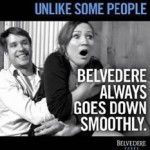