From sitting in dorms and apartments fixated on the trickling election results on Tuesday to celebrating Biden’s victory on Saturday — Collegetown’s liquor stores saw an uptick in sales through election week.

Weekend drinking typically starts on Thursdays, but liquor sales from Monday and Tuesday this past week said otherwise. After casting their votes, many students made liquor-store runs Monday afternoon and Tuesday evening to prepare for the election. Both Collegetown Wine and Spirits and Ithaca Wine and Spirits saw influxes of customers that were atypical for early weeknights.

News anchors repeated the words “too soon to tell” all night long, offering little comfort to viewers at home, who sat glued to their television screens awaiting a victor. The anxiety intensified when battleground state Pennsylvania announced Tuesday that it would not report more numbers until the following morning.

Ithaca Wine and Spirits sales were up 96 percent on Tuesday from the previous week, with higher sales for hard liquor than wine — the favorites were scotch, vodka and tequila, according to owner Milany Papachryssanthou.

Google searches for “liquor store near me” and “fries near me” were at an all-time high on Tuesday night, according to Google search trends.

Out of five students shopping for alcohol at Collegetown Wine and Spirits Tuesday night, three of them said they were drinking for the election. One student said she was making her second trip to the liquor store that day. 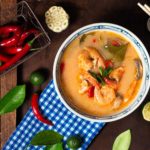