American multinational chain of coffee houses and roastery Starbucks has opened a branch in the seaside town of Muizenberg in Cape Town on Friday, but many locals are unhappy, claiming that local businesses will suffer.

According to online news publication The Africa Report, Starbucks South Africa has grown its portfolio from 16 outlets to 25 in locations including Johannesburg and Cape Town.

Starbucks opened its doors for the first time in southern Africa in April 2016.

Muizenberg, which is synonymous with small locally owned businesses ranging from bakeries to coffee shops and ice-cream parlours that have been around for decades, is a booming emerging market that has seen significant growth in the last few years, mainly due to the popular “Surfers Corner”, which sees hundreds of surfers frequent the vicinity daily.

When it first emerged that Starbucks would be opening a branch in the area early this year, locals took to social media platforms such as community groups on Facebook to share their thoughts on the matter.

There seem to be mixed reactions to the international coffee house setting up shop in the community.

One Facebook user posted in the Muizenberg Community Group, which has over 10,000 members, “Do we need a Starbucks in Muizenberg when everything is local and authentic…” 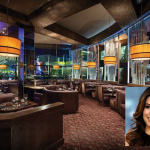