A study has raised questions as to whether the use of pesticides in the production of wine could be to blame for a drop in French men’s sperm count.

French men’s sperm count was found to have dropped by about a third from 1989 to 2005, and now results from a new study, which involved 26,000 men, has raised questions as to whether wine may in part be to blame, according to a report in The Local.

The study, carried out by researchers at the Institut de Veille Sanitaire, shows how the steepest drops in sperm quality were found in the regions of Aquitaine and Midi-Pyrénées in south-western France – two centres for French wine production, notably Bordeaux.

Researchers said these two regions were home to some of country’s largest number of farm workers who were most likely to have been exposed to pesticides which researchers say are to blame for the decline in sperm quality as the chemicals can disrupt men’s hormones and interrupt sperm production. 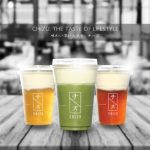