Madonna is no stranger to controversy, but it doesn’t typically involve her children. The Material Girl shared an Instagram picture of her son Rocco Ritchie holding a bottle of gin on Saturday, Jan. 4. Taken in the Swiss Alps, the snapshot also shows the 13-year-old surrounded by two vodka bottles.

The legal drinking age in the United States is 21 years old, and in Switzerland, it’s 16 years old. The picture generated more than 1,200 comments in less than 24 hours. “Booze is not something to make jokes about. Period!” one user wrote. Another Madonna fan cautioned, “You gotta know what kind of signals it sends not only to her son, but also to kids around the world.”

Some fans came to the family’s defense, however. “Rocco is adorable and I think it’s really cool that Madonna, and her family, post any pics. Madonna may be a worldwide icon, but she is human like the rest of us,” another user reminded the singer’s critics. “The picture is what it is. Let it be. Don’t speak.”

The “Superstar” singer addressed the backlash herself on Sunday, Jan. 5. “No one was drinking we were just having fun! Calm down and get a sense of humor!” Madonna wrote in another Instagram caption. “Don’t start the year off with judgement!” 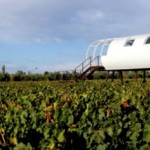