When the general public gets a peek into the inner workings of colossal corporations, we usually aren’t enthused—especially when it comes to companies that are making our food. In the midst of a PR scandal, even the most devout fast-food fans take to social media with opinionated pushback against their beloved restaurants. The combo meals might be popular, but unfortunately for any major fast-food institution, so is their bad press.

We followed along all year as some of the biggest players in the space came under fire for everything from wastefulness to social media blunders. Below, we’ve rounded up five of the most controversial fast-food scandals in 2021.

It started with a good intention: to draw attention to the gender disparity within the restaurant industry. In the UK, only 20% of professional chefs are women, so while this was a righteous cause to drum up outrage about, the way @BurgerKingUK went about it ended up in outrage directed at them.

“Women belong in the kitchen,” the account tweeted out in March of this year. After immediate public pushback, they quickly clarified, “We got our initial tweet wrong and we’re sorry.” However, even deleting the original tweet and apologizing wasn’t enough to make fans forget the faux pas. The news about BK’s offensive message spread much faster than the news they intended to get out there, which was about the scholarship program they were putting in place for female employees. 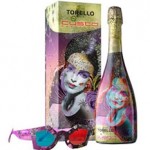 Thinking Out Of The Bottle – 3D Cava