According to a press release, the Oscar-winning actor will serve as “a storyteller” for the bourbon brand, both behind the camera and in front of it.

McConaughey has a few ties to the company: the Wild Turkey distillery, for instance, is located just about 20 minutes from the University of Kentucky, where his parents first met. And according to the company’s website, the whiskey is fermented for 72 hours — so, as McConaughey keeps getting older, it keeps being aged the same way (pretty sure someone once said something similar about high school girls).

A series of TV and digital ad campaigns directed by McConaughey will launch in September, but he can currently be seen in a short film documenting his journey with the bourbon’s founders. 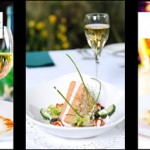