Boplaas Family Vineyards in Calitzdorp is synonymous with world-class port, table wines made from Portuguese varieties and award-winning distilled beverages. This reputation was re-affirmed this year when the winery received its 20th five-star award from the esteemed Platter’s South African wine guide.

No less than eight of these champions are now available from its tasting rooms in Calitzdorp and on the Garden Route at Klipheuwel, Klein Brak; and, Boplaas’ online shop. They include older ports from the winery’s vinoteque and only released now as a way of showcasing the ageability of the wines.

The five-star award-winners currently on offer:

To explore the extensive range of Boplaas ports, still wines and outstanding spirits, visit the online shop at www.boplaas.co.za. Orders are shipped across SA. Purchases over R1 500 are delivered free of charge. 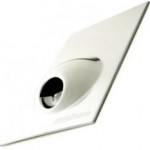