Nas has teamed up with Hennessy’s Wild Rabbit campaign, serving as the new brand ambassador. The campaign, which is now in its second year, has been putting a spotlight on the inspiring stories of celebrities like Manny Pacquiao, Erykah Badu and Martin Scorsese.

“This partnership with Hennessy has been almost two decades in the making,” Nas said in a statement. “I am honored to be included in the group of previous partners Hennessy has selected over the years and hope this campaign will inspire others to ‘never stop, never settle’.”

Part of Nas’ job of being brand ambassador includes coming up with a few of his own specialty cocktails using Hennessey V.S. Check out the recipes.

Pop around to your local Ultra Liquors and start making your own rap-inspired cocktails. 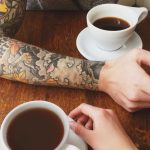 These three deadly conditions could be prevented with coffee