Iconic Stellenbosch estate Neethlingshof has released the second vintage in its range of top-tier wines under the 1802 Collection label, named after the year in which this historic property’s first cellar was completed. Neethlingshof 1802 Cabernet Sauvignon 2018 follows last year’s maiden launch of the 2017 vintage, which saw this new addition to the Neethlingshof range garnering further acclaim for one of Stellenbosch’s oldest and most respected wine brands.

The other wine in the 1802 Collection, a Pinotage, will see its rendition from vintage 2018 released later in the year.

The Neethlingshof 1802 Cabernet Sauvignon comprises a barrel-selection made from a vineyard on the estate, which has proven to deliver exceptional fruit quality.

This Cabernet Sauvignon originates from a vineyard planted in 2011 on a west-facing slope at 120m above sea level. The five-hectare Cabernet Sauvignon vineyard is planted on Tukulu and Oakleaf soils to 2,506 vines per hectare set on a north-south row orientation.

The 2018 vintage was still seeing the effects of the Cape’s infamous five-year drought, with the winter of 2017 bringing 480mm of rain on Neethlingshof, compared to the annual average of 750mm. At harvest, the Cabernet Sauvignon grape-bunches were tightly packed, with berries being small and exuding intense power and concentration.

Following on harvest, fermentation took place in stainless-steel roto tanks and fermentation temperatures were maintained at between 25 and 28°C. After the completion of the primary fermentation, the wine was allowed a short maceration period of three days on the skins to assist in the integration and softening of the tannin structure. Maturation took place over an 18-month period in 300-litre barrels of French oak. Two-thirds of the barrels were new, with the remaining number being of second-fill. Only three of the finest barrels were selected for the final 1802 bottling of Cabernet Sauvignon.

De Wet Viljoen, Neethlingshof’s cellar master, says the 1802 Collection from vintage 2018 represents the character and quality of Cabernet Sauvignon grown in Stellenbosch, as well as the individual nuances obtained from Neethlingshof terroir.

“Oakleaf and Tukulu soils have over centuries of Stellenbosch viticulture proven to be ideal for this regal red variety of Cabernet Sauvignon,” he says. “On Neethlingshof this grape takes on a specific dimension led by the farm’s exposure to the Atlantic Ocean in False Bay as well as the south and south-westerly winds blowing in from the sea for most of the year.”

“Ripening was even – the first wish on every winemaker’s wish-list when assessing a vintage,” says Viljoen. “This led to balanced chemistry throughout the process, from juice, fermentation and the time the wine spent in barrel. Four years after harvest, the wine is showing an earthy complexity and tertiary sophistication through the characteristic Cabernet Sauvignon features of dark fruit, cedar and pine-needle. Supple yet firm tannins and a riveting freshness will see this wine age spectacularly over the next 10 to 15 years. But it is currently drinking gorgeously right now – on its own, or with a hearty red-meat stew.” 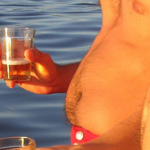 Does beer cause a beer belly?