A new vodka is coming to the Las Vegas market Thursday — one that promises to be easier on your liver.

Bellion Vodka is the first commercially available vodka in the US market made with NTX technology, which is a blend of glycyrrhizin, mannitol and potassium sorbate — ingredients commonly found in food products and candy.

“It significantly reduces the damage that alcohol can cause to your DNA and your liver,” said Harsha Chigurupati, founder of Chigurupati Technologies, in Telangana, India.

Chigurupati and his team spent the last 10 years developing and testing the NTX blend, mixing and matching the three ingredients in different proportions to result in liver protection when it is mixed with alcohol. 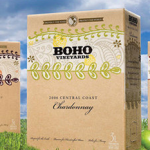