A toilet door in a New York bar with nearly 100 knobs has been branded “impossible” to figure out after a drink or two.

A snap of the toilet door was shared on Reddit by a drink enthusiast who appeared to be out for a drink at The Garret West, on Bleecker Street. He uploaded a snap to the site on Sunday, saying: “This is the inside of the bathroom door at a bar in NYC. After some cocktails, it is impossible to pick the right one on the first try.”

The photo amassed more than 30,000 upvotes, and can be seen here, as people furiously debated which handle was the right one.

ChrisWolfling pointed out: “I find it funny how some of the knobs seem to have been ripped off the door. Like someone got frustrated and started pulling them off…”

Referencing the plated door knob, Nowhereman136 thought: “I feel like that would be a trick. Like it wants you to use that one. I’d go for the one 2 knobs above it as it seems most worn. The knob used the most is likely the one that works. The plated one is plan b.”

Some were convinced that was the right handle, 1thief said: “It’s the only one that’s on metal plating. And it’s closest to the latch…. maybe this actually an IQ test.”

The original poster also shared more about the venue, saying: “It’s a fun speakeasy. You actually have to walk through a Five Guys to get to the bar upstairs.”

He told Newsweek: “I think the door is a cute way for a fun speakeasy to decorate its door. However, after a few cocktails the ‘it’s a trap’ sign is correct. I probably tried 3 door knobs before I got the right one.

“If you look closely in the photo you can see a brass plate around one of the ones on the left. That’s the real one.”

A plaque next to the door states “it’s a trap,” and cites Philip Mortillaro, thought to be the artist. The Garret Bars, and Mortillaro’s Instagram page, previously shared snaps of the door.

“One knob doesn’t do the job,” the bar captioned their photo, posted last April.

Mortillaro’s posts are from a few years ago, possibly when the door was first installed, and as such look a little different from today—with noticeably more scratches and a few missing knobs.

He called it “the most expensive bathroom door in Manhattan,” captioning one photo: “96 door knobs and only one of them work—go to the bathroom at @garretonbarrow and have a mini panic attack.” 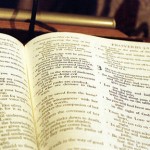