In 1968, John Milkovisch, a retired upholsterer for the Southern Pacific Railroad, started on the exterior of the Beer Can house, making a metal canopy that was adorned with strings of beer can tops, each piece glittering like garlands in the sunlight.

When the entire front and back yard were completely covered because he “got sick of mowing the grass”, he turned to the house itself and began adding aluminum siding – aluminum beer can siding, that is. 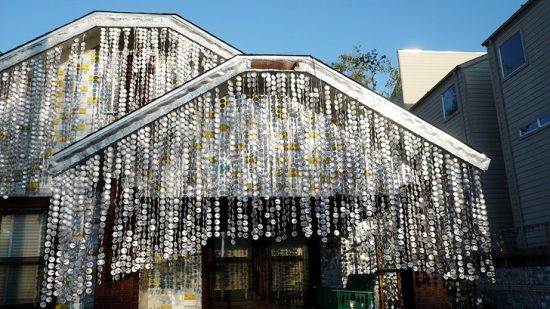 Over the next 18 years the house, situated in Houston, Texas, disappeared under a cover of flattened beer cans for both practical and decorative reasons. Garlands made of cut beer cans hanging from the roof edges not only made the house sing in the wind, but also lowered the family’s energy bills.

It’s estimated that over 50,000 cans adorn this monument to recycling. 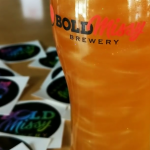