When it comes to aged tequila, it’s rare to find a very old one.

Blanco tequila, the clear liquid many of us think of first when we picture the spirit, isn’t aged at all. The next oldest tequila, reposado, is aged in oak barrels just two to 12 months. And añejo tequila, one of the oldest tequilas you’ll find, only has to be aged one year to earn the title.

Aged tequilas were once so rare that an “extra añejo” classification—the oldest classification available for the spirit—was only introduced in 2006. To earn the designation, a tequila has to be aged just three years and a day.

When it comes to aging tequila there’s one important rule: “You need to have a little patience,” says Antonio Rodriguez, Patrón’s director of production.

Today Patrón, which was purchased by rum giant Bacardi last year, is unveiling the result of its own patience: a limited-edition, 10-year-old extra añejo tequila called Patrón Extra Añejo 10 Años. It represents the brand’s oldest release yet—and it wasn’t easy to create. 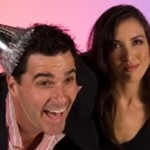 Party on without the pain