Cellarmaster Andries Burger says the results exceeded his wildest expectations. “Pinot Noir and Chardonnay are two of South Africa’s most competitive wine categories in a time where our winemakers are reaching new levels of quality with these magical varieties,” he says. “To see this recognition for our wines acknowledges the vision of Dr Paul Clüver and his team in creating the Elgin Wine Valley 35 years ago and thereby founding a region that has made an immense contribution to the Cape’s wine offering,” he says.

“Chardonnay and Pinot Noir were among the first varieties to be planted on Paul Clüver Estate in the late 1980’s, largely on an experimental basis. Now, more than three decades later the cool climate terroir has proven Elgin to be one of South Africa’s most unique and attractive wine regions for fine winemaking. This is underscored by the recognition at this year’s Top 100/National Wine Awards and is a tribute to all parties involved – the visionary experimentalists, the viticulturists and the wine-making teams who had the task of doing justice to Elgin fruit by making wines worthy of this most magical place with its extraordinary vineyard sites.”

“Despite having 26 harvests under my belt at Paul Clüver, Pinot Noir and Chardonnay demand a lifetime of commitment and focus,” he says. “With the Seven Flags Pinot Noir 2017 – our top Pinot Noir offering – I feel that we are now well on our way in creating a legendary South African wine from this royal Burgundian variety that can take pride of place on the global stage. As far as the Chardonnay is concerned, Paul Clüver is proud to be at the forefront of the Cape’s Chardonnay category which is garnering acclaim around the world for its quality and the diverse varietal expression of various South African sites.

“Acknowledgement for these wines in light of the high standard of Cape wines that are improving in quality year-upon-year is a great honour and a tribute to the whole Paul Clüver team and, of course, our cool-climate terroir.” 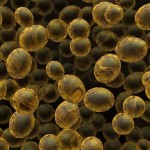