Dr Paul Clüver, founder of Paul Clüver Family Wines on his family farm De Rust in Elgin, is a winner of this year’s WWF’s Living Planet Award. WWF’s Living Planet Award is made annually to exceptional South Africans who, through their catalytic contribution, inspire people to live in harmony with nature. The winners were named at WWF South Africa’s annual general meeting on 11 November at the Kirstenbosch National Botanical Garden.

Dr Paul Clüver, of Paul Clüver Family Wines, was recognised as a pioneer, innovator, and leader in the field of regenerative agriculture and for improving the lives of others and the natural world they depend on.

Dr Clüver has fulfilled many important and innovative roles over more than five dedicated decades of work: from doctor to farmer, catalytic conservationist to visionary community member and family man. Having practised as a neurosurgeon for over three decades, in 1989 he became a full-time farmer on his family’s fruit and wine farm, De Rust Estate, in the Elgin Valley.

In 1996, he started a black empowerment farming trust, Lebanon Fruit Farm Trust. At the same time, he initiated a Black Economic Empowerment wine company, Thandi Wines, which became the first Fairtrade wine brand in the world. Alongside his commitment to empowerment and social development, his lifelong dedication to conservation and innovation has been exceptional.

In 1998, he was appointed as a trustee of WWF South Africa, and he has been an engaged member for almost 25 years. In the early 2000s, he was the first landowner in the Western Cape to sign a perpetuity contract to legally bind part of the De Rust farm to CapeNature’s Stewardship Programme.

It was also around this time that alarm bells were raised by the conservation sector who saw rapid vineyard expansion that was threatening to eliminate the last fragments of many three critically endangered fynbos and renosterveld vegetation. This issue became a matter of discussion between the wine industry and conservationists. One of the early leaders of this cause was Dr Clüver.

In 2003, he worked with the Botanical Society of South Africa to forge a way to protect the iconic biodiversity of the Cape wine-growing regions. He felt that the wine industry needed to see the solution in a positive light. Numerous discussions eventually gave rise to the establishment of the Biodiversity and Wine Initiative, which has since become the WWF Conservation Champion programme with 55 participating farms in the Western Cape.

WWF CEO Dr Morné du Plessis commented: “We commend all our winners for their significant contribution to the South African landscape across a variety of areas from communal to commercial farming and in the climate space. We acknowledge these individuals, organisations and communities whose dedication and commitment will help us in our efforts to secure a healthy natural environment for the benefit of people and nature.” 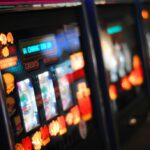 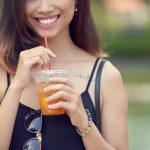 3 Drinks To Keep Your Kidneys Clean