The international recognition of Chardonnay as a leading South African wine offering received another boost at this year’s Decanter World Wine Awards, with Paul Clüver from Elgin being one of two Cape Chardonnays to receive a Platinum award and 97pt score at a show described as the world’s most influential wine competition. Paul Clüver Estate, a pioneer of viticulture and winemaking in the cool-climate Elgin region, received a Platinum award for its revered icon Seven Flags Chardonnay 2020, one of only five South African wines to stake a claim in the Platinum category.

Over 18 200 wines from 54 countries were judged at this year’s Decanter Wine Awards.

According to Paul Clüver, CEO of the Paul Clüver Estate, this award underscores the international recognition of the quality of South African Chardonnay, which must now be seen as one of the country’s major wine offerings.

“Chardonnay is not for nothing the most planted white grape in the world,” says Clüver. “The fact is wine drinkers all over recognise what Chardonnay offers in terms of its dazzlingly diverse flavour profile and the variety’s ability to express the geographical source where the grapes are grown. Here the Cape has shown in just over 40 years since the first Chardonnays were made in the country that South Africa has a vast number of sites and terroir-expressions to offer an incredible palette of wines made from this grape.”

When Chardonnay was established on the Paul Clüver estate in 1987, South Africa only had 688ha of this variety planted in local soils, just over 10% of today’s 6 500ha. “With the advent of the modern Cape wine industry in 1990, the local and global demand for Chardonnay led to plantings increasing rapidly,” says Clüver. “This was obviously encouraged by the quality of the wines emanating from South Africa by producers who continue to show a commitment to harnessing their respective terroirs with their skills in the making of this magical white wine.”

With Chardonnay, the most famous quality white wine in the world and in the privileged position of there being a market for good Chardonnay in every wine-drinking country, the variety has the potential to drive South Africa’s image as a premium wine-producing nation.

“The recognition of our Chardonnay at the Decanter Wine Awards is thus of the utmost importance as it is from this global stage where recognition for the classy pedigree and unique styles of Cape Chardonnay can be achieved,” says Clüver.

Paul Clüver Seven Flags Chardonnay is the icon white wine in the estate’s range, originating from vineyards set in Bokkeveld and clay soils, the other part of its terroir being the cool climate conditions of Elgin.

“The wine from the 2020 vintage, which achieved Platinum status at Decanter, is a pure expression of Elgin terroir,” says Clüver. “White fruit including winter melon and quince are evident, while extended lees contact in variously sized oak vessels ensure refined texture, mouth-feel and persistence for which great Chardonnays are known. The wine truly shows worthy of this Decanter accolade, which is a true honour.” 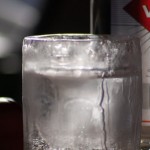 Vodka is one of the purest drinks in the world!