What lengths would you go to keep your milk fresh? Would you go so far as to drop a frog in your milk? Ancient Russian folklore suggests that that is exactly what people used to do in the days before modern refrigeration, according to this post on The Daily Meal.

Though it seems totally bizarre, there is actually some scientific evidence to back up this practice. The first line of defence in all amphibians against bacteria and microorganisms is the secretion through their skin of antimicrobial substances called peptides.

When the skin of the Russian brown frog (the species most commonly used in milk) was studied, scientists discovered 21 substances with antibiotic properties, some of which were as potent against salmonella and staph bacteria as prescription antibiotics.

There you have it! 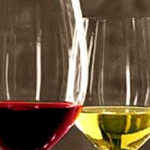