Both the Diemersdal five-star Platter’s wines, namely Wild Horseshoe 2021 and The Journal 2021 are, like the majority of the other Platter’s Sauvignon Blanc laureates, wooded wines. Add this to the fact that eleven Sauvignon Blancs mustered five-star ratings in the 2023 guide compared to only two wines dealt a full-house in 2019 and signs are appearing that local Sauvignon Blanc is increasingly being seen as a variety that can portray the complexity and depth for which – in the South African context – Chardonnay and Chenin Blanc appear to be more renowned.

“The commercial success of – mostly unwooded – Sauvignon Blanc in being South Africa’s top-selling white varietal wine over the past two decades has caused the cultivar’s crisp, fresh and easy-drinking accessibility to dominate its identity,” says Louw. “Consumers identified this as the primary characteristic of Sauvignon Blanc, and winemakers were happy to make an appealing unwooded, uncomplicated style because the consumer demand for this was a given.”

Louw says that Sauvignon Blanc’s potential to make some of the world’s great white wines, as shown by Sancerre and Pouilly-Fumé in France as well as in countries such as Austria, Italy, America and – of course – New Zealand, is now also being increasingly recognised by Cape Sauvignon Blanc producers.

“Skin-fermenting, lees-contact and various wooding regimes are being deployed by more-and-more local Sauvignon Blanc producers, the successes of which are gaining in recognition – the latest Platter’s Guide being a case in point where the majority of the 11 five-star Sauvignon Blancs are wooded wines,” says Louw. “This more patient and craftmanship approach to the variety unlocks totally different nuances than those found in unwooded Sauvignon Blanc, with palate-weight, minerality and beguiling tertiary characters coming to the fore in this more attentive style of winemaking.”

Diemersdal Wild Horseshoe Sauvignon Blanc is fermented on the skins and aged in older barrels, while The Journal is matured in a combination of new and older French oak in a cold environment, as is the practice in Sancerre. These wines are far removed from the famous Diemersdal unwooded Sauvignon Blanc offerings, such as Eight Rows, Winter Ferment and the Diemersdal Estate Reserve which have in the past been responsible for the majority of the critical acclaim accorded to Diemersdal Sauvignon Blanc.

“I honestly think South Africa is heading into a new era for Sauvignon Blanc,” says Louw. “The commercial success of the variety among consumers, as well as the critical acclaim the variety has accrued over the past 20 years, has provided a solid foundation for what is to come. The Cape has shown an abundance of regions with the terroir suitable for providing a diverse spectrum of quality Sauvignon Blanc fruit, and for this, the country has received substantial international recognition – not only from the critics but the market as well. When New Zealand saw a poor crop in 2021, international buyers clamoured to fill their orders with South African Sauvignon Blanc.”

The next chapter in the evolution of Cape Sauvignon Blanc will include an increased focus on stylistic complexity aimed at showing that not only does Sauvignon Blanc make some of the finest white wines in the world, but that South Africa can underscore this fact with its own renditions.

“Geographical expression provides an exciting base for our country’s Sauvignon Blanc offering to take off into the next level,” says Louw. “With further collaboration between producers and the motivation to create a greater range of sophisticated, complex and stylistically adventurous Sauvignon Blancs, I foresee the country’s future offerings from this established and world-famous variety looking very different and far more diverse than currently is the case.” 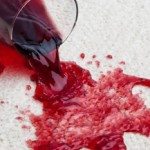 How to remove the worst party spills and stains