Pope Francis has been dealing with an injured knee for weeks and the 85-year-old Argentinian made a special request to help the strained ligaments. Doctors have prescribed a wheelchair, cane and physiotherapy to help heal Pope Francis’s bad knee. The Pope, however, believes there’s a quicker way to fix his aches and pains.

In a recent video clip, Pope Francis joked that a shot of tequila is needed for his leg. The TikTok clip documenting his interaction with a group of Mexican seminarians from the Legion of Christ in St.Peter’s Square, Vatican City, Rome quickly went viral.

In the clip shared by CTV News, a Mexican Priest is heard asking the pontiff, “Pope Francis, how is your leg, your knee?” and Francis replies, “very capricious.”

Triggering laughter among the people gathered there, Pope Francis quips, “You know what I need for my leg? A little tequila!” Taking Francis’s need for tequila in his stride, the Mexican priest says, “If one day we go to Santa Marta, we’ll bring you a little bottle.” 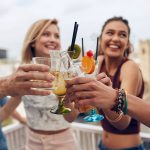 How to Host an Amazing Drinks Party (Easy Guide)