Scarlett Bobo is no stranger to the world of television, and she’s set to return to the screen with her documentary “Underneath the Empire,” which was produced by Absolut Vodka in collaboration with the Absolut Empire’s Ball competition.

Following campaigns by PETA, PETA France, and other animal rights groups, Pernod Ricard—which owns over 90 wine and spirits brands, including Absolut Vodka, Malibu, and Ballantine’s—has confirmed that it’s ending its financial support of the Union of Paul Ricard Bullfighting Clubs, the largest bullfighting organization in the world.

Employees at the French offices of wine and spirit giant Pernod Ricard, owner of Absolut Vodka and Malibu Rum among a number of other popular liquor brands, claim they were consistently pressured to drink while on the clock. The company continues to deny the accusations. 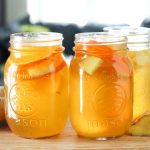