Some people take great pride in splashing their cash on a vintage wine and then sharing their special find at a dinner party.

But the sound of that aged cork popping may not be so satisfactory if South Africans knew the contents could be run-of-the-mill “plonk”.

Local wine experts have discovered at least three instances where bottles sold had different wine inside than that advertised on the label.

However, the phenomenon could be more widespread as criminally minded citizens follow in the well-trodden footsteps of foreign fraudsters peddling wine under false pretences.

A local specialist fine wine importer, Derek Kilpin, was recently asked by a widow in Sandhurst, Johannesburg, to value a few bottles in her cellar, including the Meerlust “Rubicon 1990”.

After a bit of sipping and digging, he found that not only did the contents belong to a different wine farm, Meerlust had never bottled a Rubicon for that year.

Kilpin, who is co-owner and general manager of Great Domaines, admitted he was “very surprised” to find this fraud happening locally.

In the European/American market, everyone in the fine wine trade was aware that fraudulent and fake bottles on the high end were a big issue, he said.

But of the local discovery, he shared: “It honestly wasn’t front of mind. I didn’t think about it.

“People in South Africa aren’t looking for red flags. Even myself, who is totally immersed in the wine industry and who has been doing it a fairly long time.”

Meerlust, produced near Stellenbosch, is one of the country’s well-known wines and Rubicon has been around a long time.

To maintain high standards, the wine producer will not put its Rubicon label on vintages that are not of a very high quality and instead just calls them “red”.

Using a preservation device to taste the wine without pulling the cork, Kilpin discovered it was oxidised.

“It was terrible and I couldn’t drink it.”

He contacted Meerlust winemaker Chris Williams to ask what it was supposed to taste like and found out a Rubicon was never made that year.

After running the unique seal code through the South African Wine Industry Information and Systems (SAWIS) website, Williams was able to tell him the wine was from another vineyard.

“So either it was an unlabelled bottle with an authenticated seal and someone put their own labels on. Or someone removed the label and put their own on.”

Meerlust marketing manager Eddie Turner told News24 this week that a fraudster had done something similar with a Rubicon 1995 around six years ago.

A man had sold a different wine under their label to lawyers in Johannesburg.

The truth came out when a suspicious buyer sent photos, and later a bottle, to the wine estate.

“We had the name of the guy selling it and telephone numbers. We laid a charge at the police station,” said Turner.

Chuckling, he said: “The police couldn’t really understand why somebody would fake a bottle of wine.”

The man was never caught.

Turner could not say if the man was linked to the latest discovery. 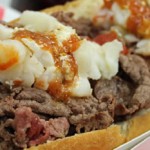