The medical community is locked in a debate as to whether or not red wine is actually good for you. Some contend that the libation offers balm for the heart; others tout studies showing that wine is carcinogenic or harmful in various ways.

In the past, that glass may have been considered a boon to your health — especially when it comes to your heart — experts say that the evidence on alcohol and your health isn’t conclusive, and, believe it or not, the risks often outweigh any benefits.

Still, it’s something that perhaps should be at the forefront of your mind right now. As the American Heart Association (AHA) has noted, surveys show that many adults’ alcohol intake has increased significantly during the COVID-19 pandemic. A Nielsen poll from March 2021 said alcohol sales skyrocketed 54 percent compared to the same time last year. That may come with a host of risks, including high blood pressure and certain cancers like breast cancer.

In the 1980s a theory emerged from French scientists called the French paradox. It referred to how the French had a low incidence of death from heart disease even though they eat a higher amount of saturated fat and dietary cholesterol from foods like cheese and butter. The X factor, they said: red wine. Antioxidant compounds in red wine, called flavonoids — specifically resveratrol, which comes from grape skins — was credited as being cardioprotective.

However, that theory hasn’t been proven. “Wine contains antioxidants like resveratrol that, in a test tube study and on cells under certain circumstances, has been shown to be beneficial. But that’s true for a lot of compounds that don’t pan out when studied rigorously,” explains Deepak L. Bhatt, MD, MPH, executive director of interventional cardiovascular programs at Brigham and Women’s Hospital Heart & Vascular Center and a professor of medicine at Harvard Medical School in Boston. In other words, more research on humans is needed.

For example, says Dr Bhatt, when comparing teetotalers to those who drink modestly, you might see that the responsible drinkers are doing better in terms of overall health. Step back, though, and there may be some fine print: that the non-drinkers might be skipping alcohol expressly because their doctor advised them not to drink because of a health condition, he says, while those who are drinking are generally healthy. “It’s that ‘healthy user’ effect that leads to the mistaken association between moderate intake and lower rates of cardiovascular disease,” says Bhatt.

Red wine can be detrimental to your heart. Research shows that even low amounts of alcohol increases your risk of atrial fibrillation (afib), according to a September 2016 study published in the Journal of the American Heart Association. AFib is an irregular heartbeat that can increase your risk for blood clots, stroke, and heart failure, according to the AHA. Alcohol abuse may increase the risk for a heart attack and congestive heart failure, according to a study looking at data from 14.7 million Americans, published in the January 2017 issue of the American College of Cardiology.

Yes, this data is from alcohol in general, not specifically red wine, but you cannot separate out red wine from alcohol — it does not, in fact, have special properties that put it in a category of its own. You can’t ignore the impact of alcohol. It’s associated with mouth, esophagus, liver, colorectal, and breast cancers, among others. Excessive alcohol use is associated with other problems, the CDC notes, including learning and memory problems, a weaker immune system, and mental health disorders such as anxiety and depression.

But Why Do Wine Drinkers Tend to Be Healthier?

The reality may be tough to take. In general, red wine does not appear to be more or less healthy than other types of alcoholic beverages. Some research may show that drinking red wine is correlated with positive health on a variety of measures, but it’s probably not because of the wine itself.

Differences in lifestyle choices and socioeconomic status are the main drivers. Wine drinkers tend to be more educated and have a higher income than those who do not drink wine. It is possible that wine drinkers as a group are slightly different from people who tend to drink other types of beverages in ways that lead to better health.

So what of the French paradox? It turns out, the French diet was healthier than thought at the time and, as we now know, drinking lots of wine doesn’t appear to promote health and prolong life. 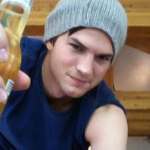 Who is drink Corona?