Has clean air become such a luxury in China that restaurants can charge patrons for it?

That question raged on Tuesday after Xinhua, the state news agency, reported that a restaurant in the eastern province of Jiangsu was doing just that. The restaurant, in Zhangjiagang, near Shanghai, was adding 1 renminbi, or about 15 cents, per customer as a “clean air fee.”

The restaurant’s move came a week after Beijing issued its first-ever “red alert” over air pollution, causing the capital to come to a virtual standstill. Though the alert ended late last week, the issue of toxic air plaguing Chinese cities has raised fears that the country is trading a healthy living environment for rapid economic growth.

On social media, the debate about the restaurant charge was divided between those contending that clean air is a basic right, not a commodity, and those who countered that the restaurant incurred costs to install purifiers to clean the air and is thus entitled to charge for that service.

Xinhua quoted an unidentified official in Zhangjiagang as saying that air was a natural resource essential for humanity’s continued existence and that the restaurant had a duty to provide a clean environment, including air. The restaurant had been given seven days to retract the fee, Xinhua reported. 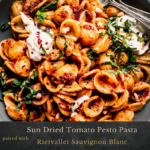 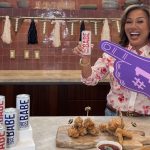