Seven years ago, Donald Trump bought a vineyard and winery in Albemarle County, Virginia, a few miles south of Monticello. The property had belonged to the ex-wife of John Kluge, the late founder of Metromedia (which later transformed into Fox News) and once the richest man in America. Kluge’s 1,300-acre property went to his former wife, Patricia, in a divorce settlement, and it was she who had the vineyard planted and a small winery built.

According to Trump’s son, Eric, his father doesn’t drink and bought the property because “wine’s sexy.” In so doing, Trump joined the ranks of a relatively new class in America, the “lifestyle vintner,” a type of hobbyist investor who makes money in another field and then buys into wine, mostly for the social and financial cachet. Trump is but the most famous of them; the owners of thousands of smaller enterprises across the country—wine’s now made in every state in the union—qualify as well. 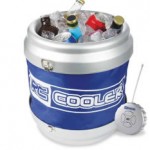