Rihanna has been hard at work cooking something up and it’s not her new album. The “best selling digital artist of all time” is set to release a cookbook where she will share her favourite Caribbean recipes, as well as her own collection of culinary tips, which she’s refined throughout lockdown.

A source said: “Rihanna’s always been a fan of good food and during lockdown she worked up plans for bringing out her own book. It will include some of her favourite Caribbean recipes.”

The ‘Work’ hitmaker has also trademarked the phrase ‘Sorry, I’m Booked’, which she reportedly plans to use on a range of books and kitchen utensils.

The insider added to The Sun newspaper’s Bizarre column: “The dream would be to bring out her own range of kitchenware too. Rihanna has proven that, as well as being a best-selling artist, she is a savvy businesswoman and those around her think this next step could be a huge hit.”

Meanwhile, it was recently reported Rihanna’s music was on hold “indefinitely”, as the star wanted to focus on her Fenty Beauty empire.

Another source said: “Rihanna’s ninth album is on hold indefinitely.

“She wants to make her millions with beauty and is planning a new skincare line to go alongside her Fenty Cosmetics range.

“Her lingerie range has gone down so well too that she feels she needs to strike while the iron’s hot. Whenever she drops pics of her modelling the gear, sales go up.

“Fans hopes for R9 will be kept on hold while Rihanna builds her beauty empire as she plots to become the next beauty billionaire.

“She’s realised there is more money in the beauty game than music as record sales die down and live touring faces big competition.”

What’s next? Perhaps her own liquor brand? 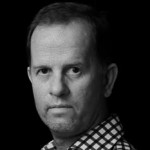