Rihanna needed some hard liquor to make it through her debut on A&E’s Bates Motel. The 29-year-old singer joined the show on Monday night for the series’s fifth and final season as the ill-fated Marion Crane, who famously met her demise in Alfred Hitchcock’s 1960 thriller Psycho‘s iconic shower scene.

To celebrate, Rihanna streamed herself watching the episode with friends on Instagram Live. Things really got interesting (and slightly NSFW) when her intimate sex scene aired.

“This is so weird, oh my God,” she is heard saying while she covers her face and looks away. “I can’t.”

Turns out the pop star also had trouble listening to herself on the small screen.

The Barbados native even decided to turn the episode into a drinking game, taking a tequila shot every time someone said “Norman” (or “Norma”) in between interacting with fans—who watched along via the social media app. 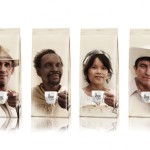