Last week we reported on Robin von Holdt, owner of Rodwell House and CEO of the Top 100 Wines Competition, suing wine blogger Dion Martin aka TVdionysus for defamation of character.

This morning Robin von Holdt released a statement, extending an offer to Mr Martin, for both of them to pay a sum of R2000 to the Pebbles Foundation. In return he will  subsequently drop the R100 000 law suit against Mr Martin.

Von Holdt also said that it’s up to Mr Martin to decide if he wants to apologise for publicly insulting him.

He further stated that a on-going adversarial relationship with bloggers is highly undesirable and that it has the potential to damage the brand’s image abroad. 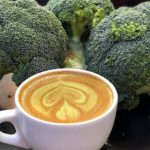