Russian Bear Vodka has disassociated itself from Russia. After the current conflict in Ukraine, trade between Russia and South Africa has become a concern for many consumers. The vodka brand decided to make it clear that Russian Bear vodka brand has absolutely no affiliation or link to Russia whatsoever.

“It is 100% locally owned and produced,” a spokesperson for Edward Snell & Co. told Fin24 on Monday. “We don’t anticipate any effect on sales which may result from any miss-association.”

Edward Snell does not import any of its brands from Russia. According to its website, the bulk of the company’s production takes place at a facility in Johannesburg. 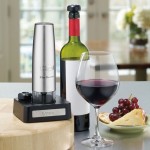