You know how it is: You’re bored at some fancypants dinner party, so you meander over to the snack table and think, “Cool, they have cheese,” and then, “Whoa, that cheese is tasty, I should have another few blocks,” and then 10 minutes later you’re smearing cheese all over your nose and jumping over coffee tables while shouting about how you’re the god of thunder?

Well FINALLY science has taken a break from proving Earth’s spherical shape to B.o.B to afford us an explanation: Turns out cheese triggers the same excitable brain-parts as some of your favorite hard drugs! So the opposite is probably also theoretically true, which will help explain if you’ve ever been like, “This meth is good, but what I’d really love is some lasagna.”

The study, researched at the University of Michigan (seriously how did the University of Wisconsin get scooped on this) and published in the U.S. National Library of Medicine, investigated why some foods cause addictive behaviors and other foods are lentils. It found that the more processed and fatty the food, the more likely it was to cause addiction, which is why no one has ever been addicted to carrots but there are still Little Debbie brownies. The most addictive food was, oh hey this is weird, pizza. (On a college campus? Crazy.) 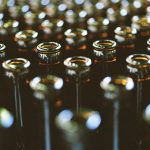 The Alcohol Ban In South Africa Is Shattering The Glass Industry