Fake meats have been around for years, but a new crop of Bay Area startups backed by tech investors think they can make meat substitutes good enough to compete with the real deal. Beyond Meat — backed by Twitter founders Evan Williams and Biz Stone via their company Obvious Corp — created an eerily accurate chicken substitute, for example.

But the most ambitious project is Rob Rhinehart‘s cheekily named “Soylent,” an attempt to replace food entirely with a liquid shake that has all the protein, fat, carbohydrates and micronutrients you need. The only ingredients recognizable as food are salt and olive oil. He claims to have lived exclusively on the stuff for a month. He says he has started eating real food again, but two months later he still gets 92 percent of his meals from Soylent.

Rhinehart makes an unlikely food scientist. He’s an engineer fresh off a stint at a Y Combinator-backed networking startup called Level RF that never exited stealth mode. He says he doesn’t have a background in chemistry. “Formally no more than an undergraduate level, but I am a huge proponent of self-study, online courses, and textbooks,” he says.

He decided to create Soylent because he was tired of spending so much time and money on food. “It takes me about five minutes to portion out all the ingredients at this point,” he says. “Without water it keeps for years so I could make it far in advance to save this time.” 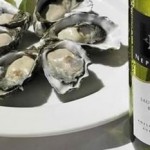 What is Fume Blanc?