With three wines rated 93 points and above and an array of wines rated 90pts and higher, Tim Atkin’s 2019 South Africa Special Report represents the ethos of Simonsig Estate. In his latest report Tim Atkin MW, accorded a 94pt score to Simonsig’s flagship Bordeaux-style blend Tiara 2015 with the estate’s acclaimed Redhill Pinotage 2017 and its Cuveé Royale MCC 2014 each scoring a commendable 93pts.

The 2019 Tim Atkin report is the most comprehensive in its seven-year history with the British Wine Master having tasted 2 115 South African wines for this year’s publication.

Debbie Thompson, Simonsig cellarmaster, says the annual Tim Atkin ratings are of tremendous importance to every producer whose wines were judged, as well as to the South African wine industry as a whole. “Atkin is not only regarded as one of the most influential and knowledgeable critics in the world of wine, but is arguably the most comprehensive international commentator on the South African industry,” she says. “His report attracts world focus onto our industry, allowing wine buyers and other interested parties to be kept abreast of developments and to be informed of the general high quality of the country’s wines.”

The 94pt Simonsig Tiara 2015, the estate’s top-scoring wine in this year’s Tim Atkin report, is one of this venerable Stellenbosch property’s icons. It was first made from the 1990 vintage and has since then garnered local and international acclaim as a classic Stellenbosch red wine. The 2015 vintage Tiara was made from Cabernet Sauvignon (68%), Merlot (24%), Petit Verdot (4%) and Cabernet Franc (4%), all the grapes sourced from Simonsig’s terroir and the wine being matured in new French oak for 17 months.

“It is very rewarding to see that with the evolution styles and fashion in the wine industry, the well-made classic wines are still receiving the recognition they deserve,” says Thompson. “The Tiara is such a wine in the Simonsig portfolio and vindicates the wine industry maxim that true quality never goes out of style.”

The Simonsig Redhill Pinotage 2017, which garnered 93 pts in the latest Atkin report, is the same wine that this year won Simonsig an Absa Top 10 Pinotage Trophy for the seventh time and has now justifiably earned the Redhill a reputation of one of South Africa’s iconic Pinotage offerings.

Thompson says the 93pt recognition for Simonsig Cuveé Royale 2014 really is “the cherry on-top” of this year’s Atkin report, as Simonsig is synonymous with Cap Classique being the first estate to introduce this category to the world in 1971.

“Oom Frans Malan, the founder of Simonsig who also pioneered Cap Classique in South Africa would be tremendously proud to see how his vision has been realised,” says Thompson. “The Cuveé Royale is a blanc de blancs wine, made from Chardonnay, and spent 60 months under bottle-fermentation. Its status as a royal sparkling wine offering is underscored with the 93pts in the Tim Atkin report, making this year’s ratings a great year to head into the vineyard growing season ahead of next year’s harvest.” 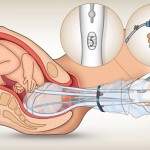