With a haul of four Double Gold medals, Simonsig Estate in Stellenbosch was one of the top performers at this year’s prestigious Veritas Awards, the South African wine industry’s most important wine competition. The well-known estate, which released its maiden wine in 1968, won Veritas Double Golds: for its Chenin Avec Chêne Chenin Blanc 2015, the Simonsig Redhill Pinotages from the 2014 and 2017 vintages, as well as for Simonsig Tiara 2015, one of the local wine industry’s iconic Bordeaux-style blends.

This year’s Veritas Awards was held for the 29th time, making it the country’s oldest commercial wine competition and the 2019 rendition attracted 1 491 entries.

According to Simonsig cellarmaster Debbie Thompson, featuring on the Veritas podium is a highlight for any South African winemaker. “From the day you begin studying to be a winemaker, you dream about winning a Veritas accolade as this is the competition that sets the standard for the local industry,” she says.

“In my twenty years at Simonsig, this year’s Veritas achievements stand out, as to win four Double Golds is truly exceptional at a time when South Africa is making the best wines in its history and the competition among producers is stronger than ever. Myself and my team are truly elated at this year’s achievement and we winemakers accept these awards on behalf of Johan Malan, our Director of Winemaking who has always urged the whole team to aspire towards the highest goals.”

Thompson says the medals received are a recognition of Simonsig’s commitment to making terroir-driven wines as well as her wine making team’s skill in ensuring this terroir is reflected in a diverse range of high quality wines.

“To see Simonsig’s diverse range of wines winning such top awards at Veritas makes one realise how privileged we are to be able to farm grapes and make wine from such a blessed part of the Cape Winelands,” she says. “Winning Double Gold and Gold medals for a wide array of wines – from Pinotage to Chenin Blanc, Cap Classique to a classique Bordeaux blend underscores the fact that excellence in diversity is one of the features of Stellenbosch

The three Double Gold medals bestowed on Pinotage (two) Chenin Blanc (one) can be seen as an honour to Simonsig-founder Frans Malan who believed in these two grape varieties, the same ones that delivered the first red and white wines from the estate some fifty years ago.

Simonsig’s Redhill Pinotage, which won Double Golds for two vintages at Veritas, has now firmly become one of South Africa’s most award-winning Pinotages. This year the Veritas Double Gold Redhill 2017 also took a prized Absa Top 10 Pinotage Trophy, the seventh time Simonsig has won one of these sought-after Pinotage awards.

What was especially telling of this year’s Veritas, says Thompson, was that Simonsig was awarded for wines representative of its entire range: white, red and Cap Classique, and at various price points. “Diversity is nothing without quality throughout the spectrum, and it is fantastic that our range has achieved this accolade,” she says. 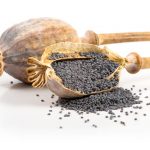