Smokers kicking the habit tend to cut down on alcohol, but an American study found those switching to e-cigs drank even more.

Inse USING e-cigarettes may make people drink more – extinguishing any benefits of the ‘healthy alternative’ to smoking , according to new research.

People who use them are more likely to have an alcohol problem , a knock-on effect crucial when evaluating their safety, say scientists.

Awareness of the link with booze needs to be raised after a study found e-cig users were significantly more likely to drink to excess.

Psychologist Alexandra Hershberger, of Indiana University-Purdue University Indianapolis, said: “If you quit smoking cold turkey, it affects other behaviours associated with smoking, such as drinking. 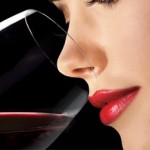 The difference between aroma and bouquet