After 15 years of growing grapes and making wines on Klein Amoskuil farm near Malmesbury in the Swartland, it has become apparent to the Spice Route team that a handful of vines consistently reflect a clear sense of place.

While Klein Amoskuil comprises a patchwork of different soils, only a quarter of the four hundred hectares of land is planted under vine. The chosen pockets of deep, decomposed granite and clay soils (ferricrete) are the most viable for producing balanced and complex wines in dryland conditions.

In 2002, Spice Route extended its vineyards with plantings in Darling, where similar ferricrete soils are found on cool South West facing slopes overlooking the Atlantic Ocean. Here mainly Sauvignon and Semillon are grown, with some red varieties like Syrah planted on the Northern and Eastern slopes less exposed to the Atlantic breeze.

These deep ferricrete soils give a distinct complexity and texture to the wines, while ensuring good water retention for the vine. Two variants are distinguished – oak leaf, with a fine decomposition of granite, and koffieklip, a slightly more rugged soil.

The first vine to show potential came from the purest expression of koffieklip soil on the South Western tip of Klein Amoskuil. This small block of Syrah had been treated with extra care for many years and was bottled on its own for the first time in 2009.

Two other blocks followed suit in 2012, distinguishing themselves from the others with their particularly transparent expressions of place. One is from the heart of a Mourvèdre block planted on koffieklip soil on the Eastern side of Klein Amoskuil in 2001. This bushvine has recently come to show its full potential, proving that the variety is quite at home in the hot dryland conditions of the region. “We’ve always known and believed in the potential of Mourvèdre in the Swartland,” says Winemaker Charl du Plessis

The second vineyard to come to the fore in 2012 was a Syrah vineyard planted on oakleaf soil on the Darling farm in 2003. Grown under much cooler conditions than those of the Swartland, this North West facing block is trellised with an open canopy to help it adapt to the cool maritime conditions. Bunches here are bigger and the skins more fragile, producing a wine of great elegance. Charl hails this block as a “significant site” on the farm.

These three singled-out blocks were heavily sorted and fermented in smaller open top vessels, with punch-downs twice a day for the Syrah and three times a day for the Mourvèdre. After fermentation, each wine went to barrel for malolactic fermentation. A large majority of the barrels used for all three wines were old, respecting the integrity of the fruit.

The single-vineyard series is named after ‘De Bron’ – the old Dutch nickname for the town of Malmesbury. Meaning ‘Spring’, ‘Bron’ refers to the town’s natural spring, which attracted people from the Cape to the warm dry air of the Swartland. 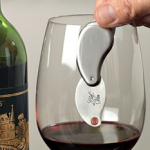