Spice Route Wines is proud to announce the release of The Amos Block Sauvignon Blanc 2014 – a wine central to the Spice Route history.

In search of new and interesting places to produce wines in the late 1990s, Spice Route Owner Charles Back discovered a tank of Sauvignon Blanc in a Swartland cooperative. The wine was of such a high quality that he found it difficult to believe that it hailed from the Swartland – a warm area from which one would not generally expect such a fine Sauvignon Blanc.

Driven by both excitement and disbelief, Charles set out to inspect the vineyard responsible for producing the surprising wine. His incredulity was further heightened when he arrived at the home of the vineyard – an old tobacco farm playing host to South Africa’s oldest Sauvignon Blanc block.

Planted in 1965, the persevering old dryland bushvine inspired Charles to explore the unchartered potential of the land, and it was thus that the Spice Route Wine Company was born on the farm (known as Klein Amoskuil) in 1997.

Charles and his team chose only 90 hectares of the large farm for vineyards, selecting the most viable soil types to produce balanced and complex wines in dryland conditions. Pockets of deep, decomposed granite and clay soils (ferricrete) were favoured, with two variants – oak leaf, a finer decomposition of granite, and Koffieklip, a slightly more rugged soil – being distinguished. These deep ferricrete soils give distinct complexity and texture to Spice Route wines, while ensuring good water retention for the vine over the hot summer months.

While Mediterranean varieties are best suited to the region, Charles insisted on preserving the old bushvine Sauvignon Blanc vineyard which initially lead him to the area. The wine does not perform well every year due to the harsh Swartland climate, but in some clement vintages the produce shines through.

2014 is one of those vintages. Late winter rains gave the deep-rooted bushvine an opportunity to flourish through the summer and an early picking saved the grapes from the season’s first heat wave, producing a delicate wine at only 12,5% alcohol.

The Spice Route team was able to bottle a small amount of wine from this treasured block, which is fondly named The Amos Block. Only 500 cases of The Amos Block were produced, and it is available from the Spice Route Wines tasting room, online at Yuppiechef.com, or at specialist stores and restaurants. 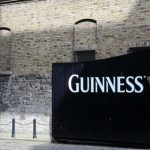