Fans of the Friends TV series can tuck into a sandwich inspired by the ninth episode of the fifth season, called The One with Ross’s Sandwich. During the episode, Ross accuses his co-workers of eating his Thanksgiving leftover sandwich, calling it the only good thing going on in his life.

Listed as “The One with the Gravy Layer Sandwich” the sarmie consist out of a top layer of pulled ham hock and turkey, a bottom layer with a smoky butternut crush, sharp red cabbage, and a slice of cheddar cheese. Taking centre stage in the middle is a slice of sourdough steeped in turkey and cranberry gravy.

As for the drinks, Starbucks also revealed its festive beverage menu, which includes a Truffle Deluxe Hot Chocolate and an Eggnog Latte.

Treats from the Christmas Starbucks menu will be available from 5th November – 4th January 2021, in all stores across the UK.

Starbucks is not the first company to target and treat the fans of the hit TV show. In March 2020, a series of bottomless brunch events themed around the Friends series took place at various cities in the UK. 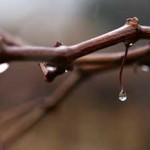